The bestselling Wingfeather Saga children’s book series is becoming an animated TV show and has just broken a record previously set by “The Chosen” for being the fastest crowdfunded TV show to surpass $1 million at Angel Studios.

Organisers are raising funds from individual investors to bring this Christian series to life. The “The Wingfeather Saga” has also become the second-highest crowdfunded animated kids and family TV show worldwide.

To create the series, “VeggieTales” and DreamWorks veteran J. Chris Wall has partnered with Angel Studios.

Following in the footsteps of “The Chosen” — the record-breaking first multi-season series about Jesus — “The Wingfeather Saga” is offering fans the opportunity to invest in the family-friendly animated series.

After having surpassed their minimum goal of $1 million, they are now seeking to raise $5 million in 28 days to fully fund the first season. 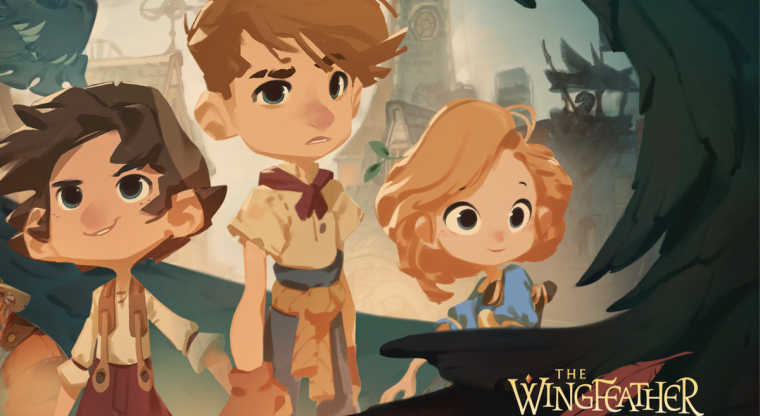 “The Wingfeather Saga” is based on the bestselling novels by Andrew Peterson that feature “redemptive fantasy, deep magic, loveable characters, family values, and a whimsical sense of humor,” the series description reads.

Wall, the showrunner, and his team have enlisted veteran artists from studios such as Pixar, DreamWorks Animation, Disney, Blue Sky and Nickelodeon to help bring the visuals to the screen.

The innovative “hand-painted” CGI animation rendering technique can be seen in the successful crowd-funded pilot episode.

“We have always hoped for a way to share in the creation of this animated series, and when the partnership with Angel Studios came up, it just felt like exactly the right fit,” Wall told The Christian Post. “To have a platform where we can invite our fans to build something together with us is just amazing.”

“We love great stories that our whole family can enjoy together,” he continued. “Sharing this story of a family struggling to overcome a great evil while also reconciling their own brokenness is something we feel deeply compelled to do.”

“‘The Wingfeather Saga'” will allow the creators to stretch their legs and give a “rich experience from these great novels,” Wall said. “Our hope is for families to have something to look forward to, episode after episode, as the epic and whimsical story unfolds toward its deeply satisfying conclusion.”

Fans of the book series have long desired to see the world of Aerwiar come to life visually.

Wall said Peterson has spent a significant amount of time in world-building to deepen the experience for readers.

“One of our first experiences in developing the series was a project where we invited other authors to write short stories in the Wingfeather world. They jumped at the chance and found easy connections in the massive world of characters and that resulted in a new book, titled Wingfeather Tales,” Wall added. “Our writing team can’t wait to jump in and begin work to build out the full journey of this epic saga.”

To date, “The Wingfeather Saga” has received over $3 million from over 3,413 investors. Those looking to get involved in bringing the wholesome series to life can visit the fundraising website.